A model for the future 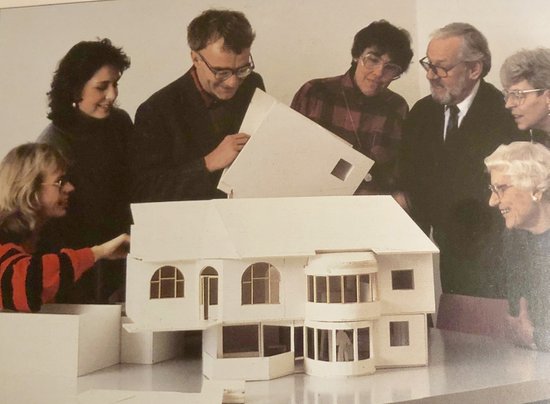 Ideas in search for new housing concepts where bounced around in the mid ‘80s. At Bo86, a housing fair in Malmö occurred a lot of seminars and meetings about the future living and building – what will the housing look like, how should they function and be produced.

Not least MKB Fastighets AB, owned by The City of Malmö, were participating in these emerging talks about a better future living and housing.

The company had begun to emerge from the paralysis of action that characterized it for a number of years when it stood with a large number of empty apartments and did not have many ideas of ​​how to get them rented out. There was something of a down at heel feeling about the company and its 20,000 apartments, of which about 1,500 were empty in residential areas where no one wanted to move in.

Many people believed that it was not only the poor opportunities to get jobs in Malmö behind the failing interest to rent apartments, but also stated that people preferred to live in personally designed housing over which they could have an influence.

Also included in the talks about new ideas in housing construction was the Tenants' Association, which so far had few chances to obtain influence for its members, neither in existing housing areas nor in the new buildings that took place at this time.

There were two more factors: a building company which not only saw money in housing construction but also had social ambitions to create good living environments.

And there was an architect, a "social engineer" at Malmö

City Planning Office who went into his architectural projects with both social and professional commitment. The architect Iwo Waldhör came to play a decisive role in the construction that would be built on a empty site and parking lot on Monbijougatan 4.

These stakeholders agreed on an idea that from the beginning was named Bo100, perhaps because someone said that the idea was “hundred percent” or because they were planning a house with one hundred apartments.

Here, the prospective tenants themselves would be able to participate in planning and designing their own apartment.

This is the point where the called “Process” starts.